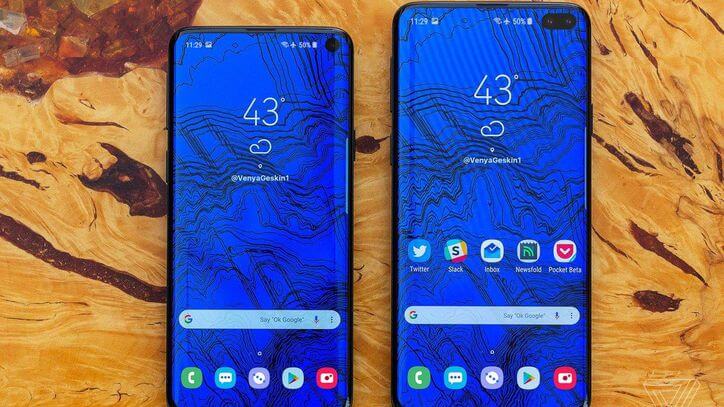 An event of the decade is about to take place on the occasion of Samsung’s 10th anniversary. It is rumored that Samsung is expected to showcase the Galaxy S10. Why the event of the decade? Because in this short amount of time, Samsung has managed to keep us interested with many of its intriguing Galaxy sets.

Samsung has come a long way in its 10-year run and managed to keep it steady. Beating all records and allowing itself to become the #1 running Android Smart Phone Brand around the globe.

And now the time is near when Samsung is prepared to probably launch its most anticipated set of the year “Samsung Galaxy S10”.

So, the question here is that if Samsung’s upcoming launch would be able to beat all previous records or would be considered a dud?

What’s New?
Basically, everything that Samsung is rumored to offer in the new Galaxy S10 would be new. From its massive 5000 MAH battery to its New display tech “Infinity-0”. Special 5G model with 12Gb Ram to its In-display advanced fingerprint scanner.

What Rumors to look forward to?

Rumors are afloat that Qualcomm may switch the naming scheme for its mobile chipsets and title the next one Snapdragon 8150 instead of 850. And Whoa! it’s gonna blow our mind away with this fast running never to seen before smartphone processor.

I’m not sure if Biscutier is even a word. But if that’s what best defines the new Galaxy S10 then that’s what I would use to satisfy myself. Rumored leaked photos shared some details, showing that the phone seemed lighter than the Samsung Galaxy Note 9 but around the same size.

Rumors and leaked photos show that while having a 6.1-inch size screen, Samsung Galaxy S10 would eliminate needless bezel. The Galaxy S10 is also rumored to have a Trio of rear cameras having pixel rates 12, 16, and 13.

Rumors state that the camera hole at all is unnoticeable when using the S10 Plus. Claims have been made that facial recognition is typically faster than the on-screen fingerprint scanner.

The latter can apparently be hard to find, as the interface doesn’t always guide you to the right spot.

Samsung is rumored to launch Galaxy S10 along with Galaxy S10 lite on the 20th of February. Which is going to be the occasion of its unpacked event celebrating their 10 Year Anniversary. With just over a month to go until the introduction, new rumors and hints continue to pop up. We’ll continue to collect and evaluate them here, so check back often.