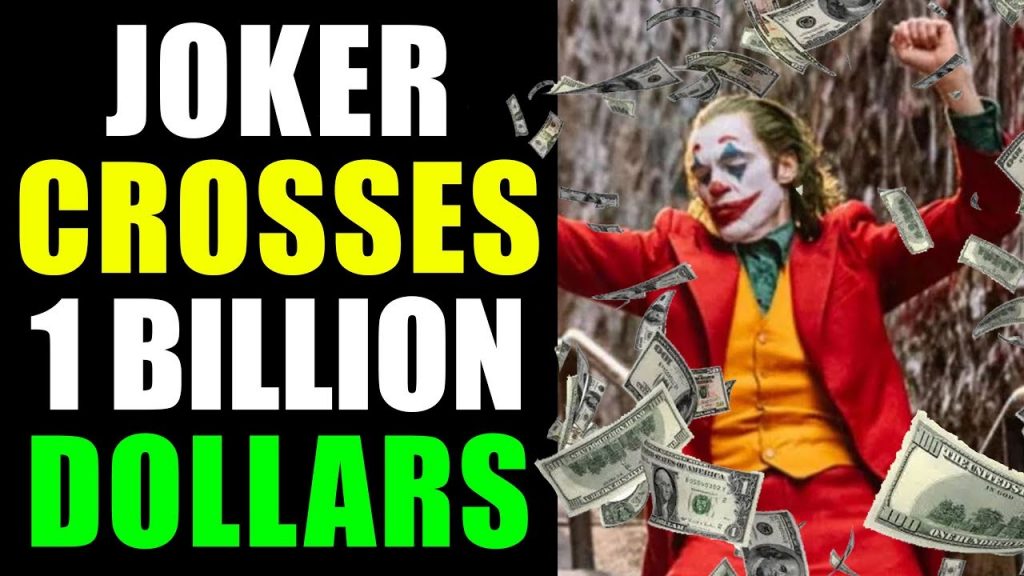 As of 15 November 2019, Joker crossed one billion dollars worldwide becoming the highest-grossing     R-rated movie of all time. After a ton of patience and wait, Joker finally toped Deadpool to become the most grossing movie with earnings up to 1 billion.

Joker crossed one billion dollars worldwide with domestic earnings above $320 million and total $694 million from the rest of the globe. Joker hasn’t even opened in China, a huge film market and still the numbers are this damn high.

Joker’s success also led to some other records to be broken and it is already being considered to be presented for the Oscars. Also managing a record-breaking opening, Joker might end up becoming the talk of the decade.

Joker crossed one billion dollars worldwide a few days ago but has still managed to stay on the top of the charts around the globe, holding off high profile new releases like the animated reboot of The Addams Family and Will Smith’s Gemini Man.

The film’s major success poses plenty of questions about what might come next. Without giving any major details here’s a minor plot summary of Joker for people who still haven’t got the chance to experience it in cinemas;

“Set in 1981, the dark motion picture bases its troubled protagonist (played by award-winning actor, Joaquin Phoenix) on DC Comics’ character, who commits his crimes while dressed as a clown, further adding to his crazed persona.

Forever alone in a crowd, failed comedian Arthur Fleck seeks connection as he walks the streets of Gotham City. Arthur wears two masks — the one he paints for his day job as a clown, and the guise he projects in a futile attempt to feel like he’s part of the world around him.

Isolated, bullied and disregarded by society, Fleck begins a slow descent into madness as he transforms into the criminal mastermind known as the Joker.”

For those waiting patiently, protecting themselves from spoilers for the Blu-ray release of Joker. You might have to wait a bit longer because obviously, Joker crossed one billion dollars worldwide and still hasn’t hit Chinese cinema houses. Still, according to different sources Joker might end up in Blu-ray, DVDs on January 7, 2020.