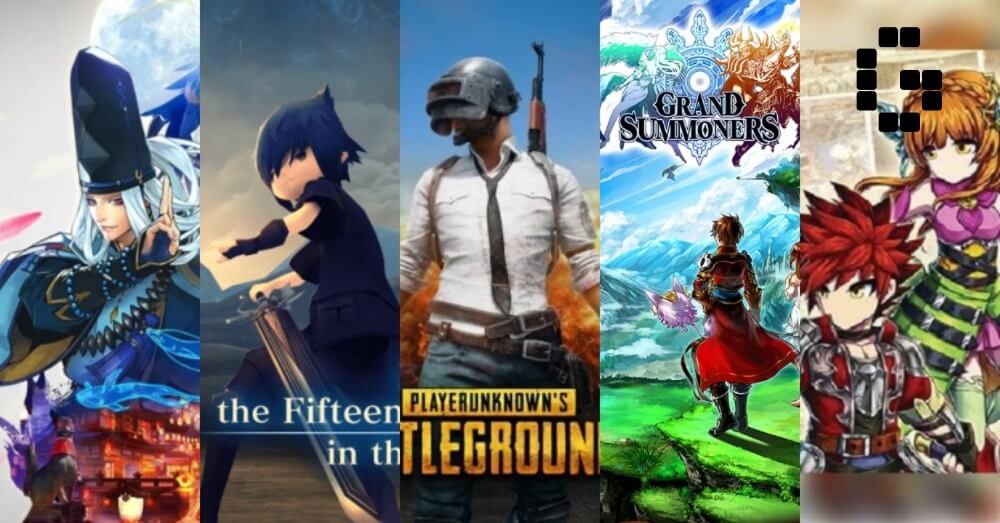 In the era of console wars including PC games also, mobiles games aren’t far behind as they also attract in a large number of the gaming community. This blog will cover up the top 5 most played mobile games of 2019 with the most obvious in the first place.

5) Minecraft
Minecraft mobile also referred to as Minecraft: Pocket Edition is at the last place on this list but certainly one of the most played games of this time. Developed by Mojang AB in late November of 2011using Bedrock Engine this game managed to attract half a million users.

This number of users were quite fascinating in terms of what the game graphics looked like. The entire game looked like a large cluster of blocks even the antagonist was made of blocks.

The game allows users to gather materials, fight block monsters and create a home for our protagonist. Still, being played even after 8 years and the worth a try, Minecraft is at the 5th place in our Top 5 Most Played Mobile Games list.

Fortnite, ranking up high in the top-grossing console and PC games of the current and previous year. It’s quite a shocker for it to be this below in our Top 5 Most Played Mobile Games list but there’s a reason for it.

Developed by Epic Games, the beta version for iOS devices launched on March 15, 2018, and opened to all players on April 2, 2018. Unlike other games, Fortnite wasn’t able to release its Android beta at its promised date.

So, it was worked upon and later launched in August of 2018. Fortnite Battle Royale is a free-to-play battle royale online game, although its predecessors Save the World’s concept was pitched in 2011.

It allowed players to defend themselves with weapons and traps and by creating walls and ramps etc using materials against monsters.

Fortnite Battle Royales concept was pitched later in 2017 with the same gameplay as discussed above but after the release of Player Unknown Battlegrounds.

A hundred players launch to the ground through a battle bus and survive until the end in different modes like solos, duos, and squads.

It still managed to attract about 2 million users in such a short time and is also free to play on both console and PC also ranking at the 4th place in our Top 5 Most Played Mobile Games list.

3) Clash Royale
Clash Royale, serving as a prequel to the previous award-winning Game of the Year Clan of Clans. It ranks at this position our Top 5 Most Played Mobile Games list mainly because of its predecessor. Developed by Supercell, Clash Royale was released globally on March 2, 2016.

It is a tower rush video game allowing users to fight against opponents in singles or duos matches. The task at hand is to used different kinds of troops to basically destroy the enemy tower.

Until now, It has managed to attract about 1.5 million mobile users and is ranking at the third place in our Top 5 Most Played Mobile Games list.

2) Clash of clans
Clash of clans, previous award-winning Game of the Year, is obviously worthy of being this high in our Top 5 Most Played Mobile Games list. Also developed by Supercell, Clash of clans was released for iOS platforms on August 2, 2012, and on Google Play for Android on October 7, 2013.

It is a strategy based game allowing users to build a strong base and also cook up troops to attack or wage war against enemy bases with the option of joining clans also.

Until now, It has managed to attract about 2 million mobile users and is ranking at the second highest place in our Top 5 Most Played Mobile Games list.

Developed by Tencent Games were released on both iOS and Android in mid-March 2018 and were free to play also like Fortnite. Unlike Fortnite, PUBG isn’t free to play on console and PC but most players use an emulator to play it.

Player Unknown Battlegrounds is a free-to-play battle royale online game, It allows players to defend themselves with weapons against other players.

Similar to Fortnite, Hundred players launch to the ground through a battle bus and survive until the end in different modes like solos, duos, and squads. It has managed to attract about 3.5 million mobile users in such a short time and as it was obvious it is ranking at the top place in our Top 5 Most Played Mobile Games list.